Gentle Care
In a Comfortable
Atmosphere

Kind words can be short and easy to speak, but their echoes are truly endless. Ramapo Oral & Maxillo-Facial Surgery focuses on you as we would our own family.

Welcome to the oral and maxillofacial surgery practice of Dr. David J. Caponigro, Dr. Drew Nunziata and Dr. Justin A. Hendi. Our Board Certified doctors are highly regarded, expertly trained oral surgeons who have been caring for the needs of our patients for many years. Exemplary patient care, outstanding results, compassion and integrity are the cornerstone of our dental practice. We incorporate the latest technology in order to ensure your safety, minimize discomfort and guarantee a successful outcome.

Check Out Our Reviews On Google » 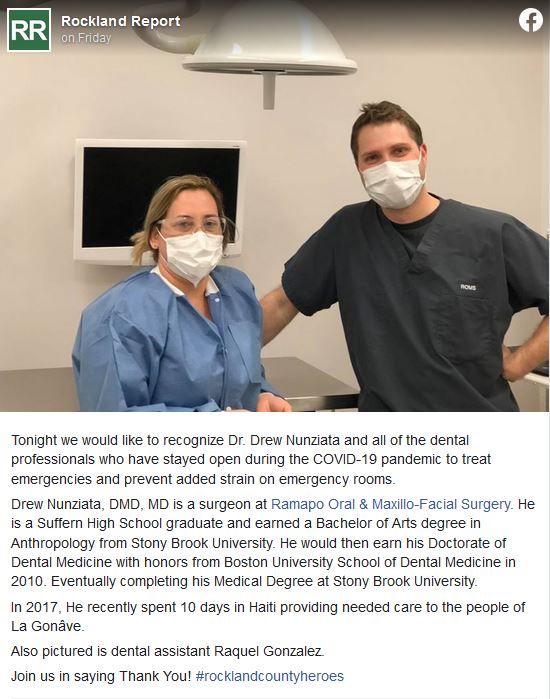 *Click the image below to read the full article. 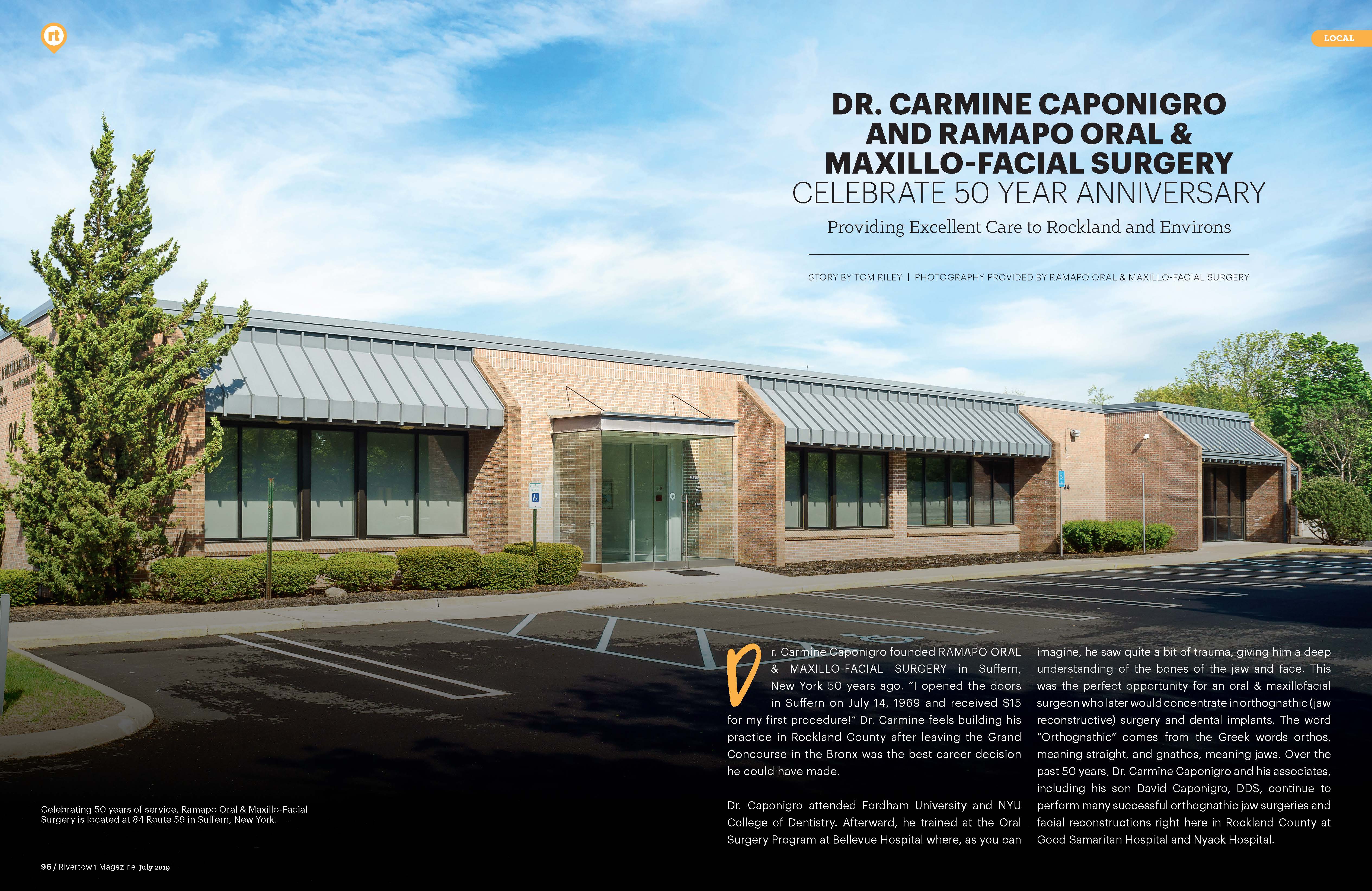 Thanks to extensive experience spent in local hospitals, our doctors can handle even the most demanding facial trauma cases.

Our modern facilities guarantee your comfort, ease the recovery period and provide our staff with the newest equipment and technologies.

Our doctors are recognized with numerous awards and recognition from peers as some of the most innovative and talented oral surgeons in the country.

Our highly qualified surgeons use the newest and best techniques and procedures in maxillo-facial surgery. 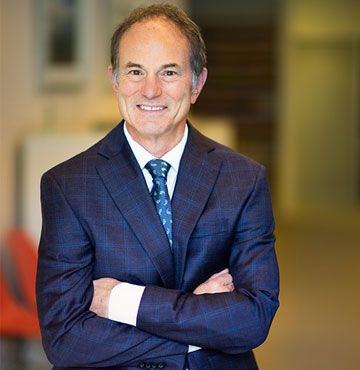 Dr. Caponigro served as Co-Director of Implant Surgery at Columbia University in the Department of Dental & Oral Surgery. Additionally, he was an assistant clinical professor at Columbia for 13 years. He considers himself extremely fortunate that he was able to be on the ground floor during the early introduction and development of dental implants in the United States. 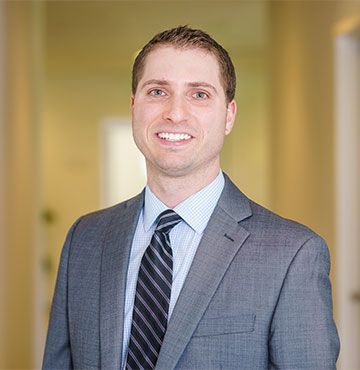 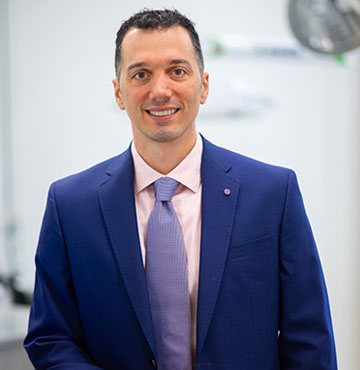 From extractions to implant dentistry, Ramapo Oral & Maxillo-Facial Surgery is equipped to handle all of your oral surgery needs.

Dental implants are a great way to replace missing teeth and also provide a fixed solution to having removable partial or complete dentures.

When tooth removal is necessary, the procedure can be performed using local anesthesia or IV sedation.

If they are not removed, impacted wisdom teeth can cause infection, damage, disease or crowding of teeth.

Before dental implant surgery, bone grafting is sometimes necessary to supplement the bone mass of the patient’s jaw so that the implants can be anchored firmly.

Among our most important functions is to educate our patients as to their treatment options. We will make recommendations allowing you to make the most educated oral health care decisions. 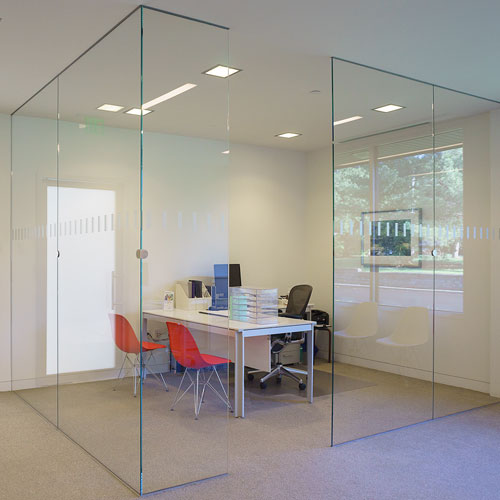 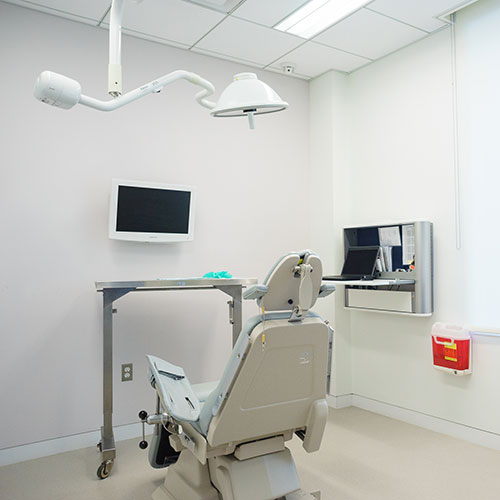 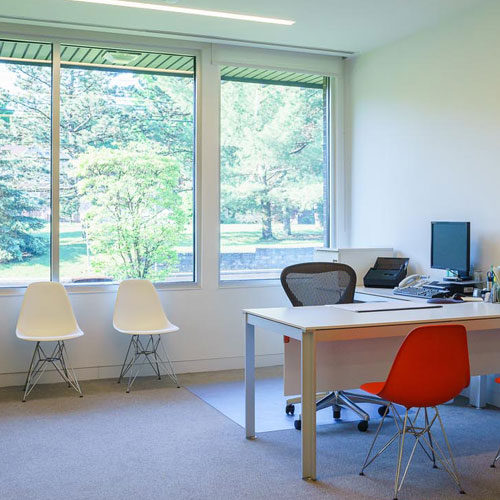 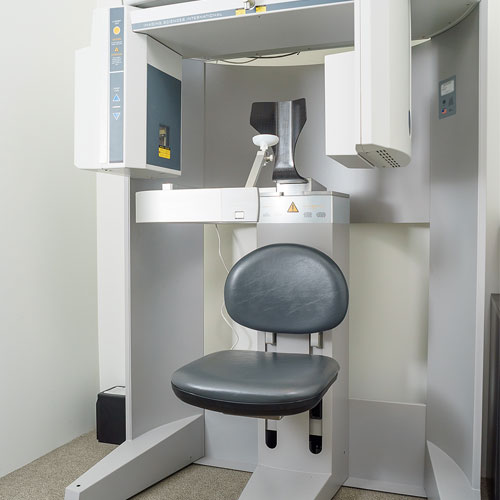 Are you in pain? Do you need urgent care?

We are committed to providing compassionate, skilled care

You may request an appointment by calling our office or filling out the form below.

Our Board Certified doctors are highly regarded, expertly trained oral surgeons who have been caring for the needs of our patients for many years. Exemplary patient care, outstanding results, compassion and integrity are the cornerstone of our dental practice.

LEARN MORE ABOUT US